The magic formula to surviving lockdown with Dad 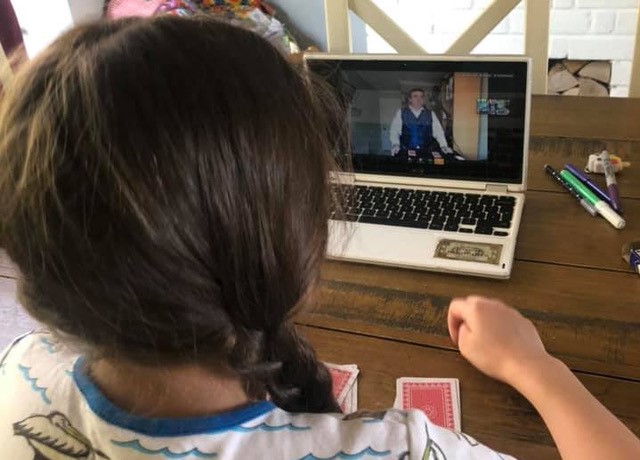 CARDS on the table – many of our dads are seen as a bit of a joke when it comes to their entertaining skills.

But it seems now they can now turn that all around, thanks to a unique new professional comedy and magic workshop - with real West End glitz.

The live remote workshops, believed to be the first of their kind in the country, are led by West End magician Wayne Trice and comedian Mark Hinds.

Mark, along with Anne Docherty, from Warwickshire, are the creative minds behind Comedy at Work, an innovative new business that has comedy – and mental wellbeing - at its heart.

The former stockbroker-turned cabbie met mum-of three Anne on a six-week comedy course in London before moving to Warwick to establish their new business which continues to grow.

They host comedy nights as well as workshops, teaching how to apply the benefits of laughter-making to all areas of life, from school leavers and graduates to team building and wedding speeches.

The latest 90-minute magic and comedy workshops, which are also available for children, use creative tools and techniques to help not just learn the trick but develop a story around it, while also creating tension and drama in their performance.

Wayne’s love affair with magic started over 30 years ago after seeing a TV show called Illusions. Harbouring ambitions to become a professional magician, research led him to Davenport in London – the world’s oldest family-run magic shop. It was here, aged 13, he started attending his first magic workshop, meeting other magicians.

But it wasn’t until he was 40 that Wayne decided to pursue his dream and packed up his career in internet banking, to become a magician full time. Since then he has gone on to perform magic shows across the country, including West End theatres – and can usually be found stealing the spotlight at corporate events and weddings.

He said: “Whenever I run a workshop, there is always a Dad who is sat at the back practising the tricks I am teaching to the kids. They get excited and from the back of the room I hear comments like ‘This is fantastic, I’ll be doing this down the pub later.’

But, like all performers, COVID-19 has dulled the spotlights forcing Wayne to take his talents online for the continued benefit of others.

Anne Docherty said: “We have been working with the kids online, both in our confidence-building workshops and with birthday parties and always get requests from parents to join in.

“We thought, with Father’s Day just around the corner, it would be a good time to give the parents chance to treat themselves by having some fun and doing something a bit different while most of us are still being forced to spend all or most of our time at home.

“It also gives them the ability to have some new ‘tricks up their sleeve’ when it comes to entertaining the kids during lockdown! All you need for these tricks are things most people have around the house, such as paperclips, elastic bands and a pack of cards. No special equipment is needed.

“The comedian also teaches Dad how to recover when a trick goes wrong and make it funny.”

And Mark, who met Wayne at a networking event, said: We very quickly knew we could combine our different passions of magic and comedy to deliver something unique.

And he’s quick to add: “You don’t have to be a Dad to attend this workshop – the ladies are very welcome too!”

Further information about the Dad Workshops is available at: www.comedyatwork.com/fathers-day

Details about all the Comedy at Work courses can found at: www.comedyatwork.com 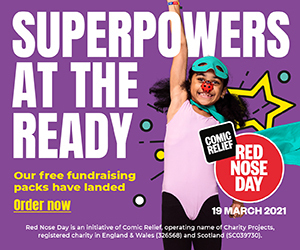