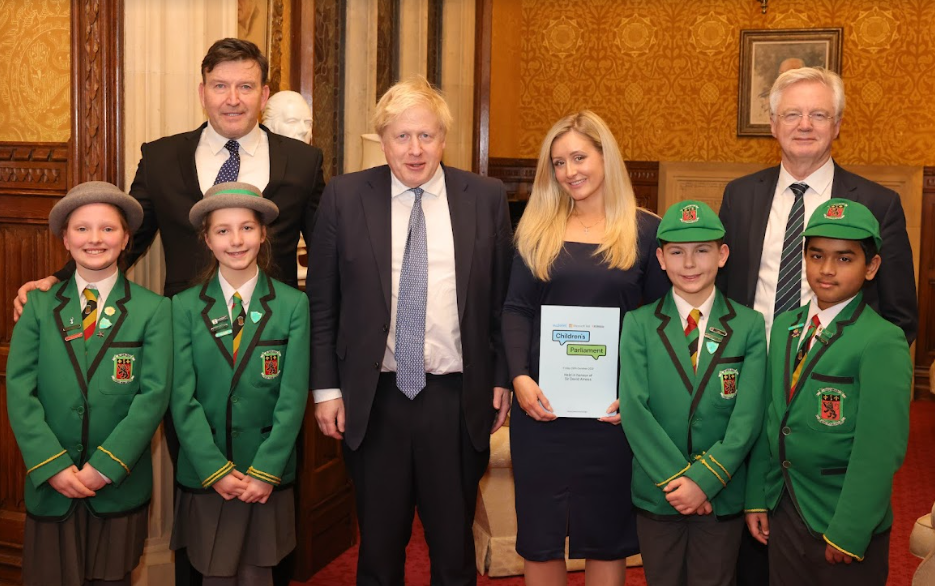 David Davis MP To Continue In Role Of Parliamentary Champion, after originally stepping in for Sir David Amess And Will Discuss His Days In The SAS With The Children.

The next Wakelet Microsoft 365 Sir David Amess National Children's Parliament in association with The Express has launched to primary schools nationwide.

In light of the Russia/Ukraine war amongst other global pressures and tensions, the focus at 5pm on Thursday, 26th May 2022 will be: "How Do We Make The World A Safer Place?"

David Davis MP, who stepped in for Sir David Amess, after he was tragically killed, and met Boris Johnson with Katie Amess, has agreed to remain Parliamentary Champion for the project ongoing.

Headteacher Champion, Peter Spencer-Lane, is proud to be continuing in his role as the Speaker of the 'House of Children'. He says: “The Children’s Parliament gives a credible voice to an incredible generation. They are informed, eloquent and passionate about the safety of their planet and
we need to fully embrace this unique opportunity to listen.”

About becoming the Patron of the Children's Parliament, Katie Amess, the eldest daughter of Sir David Amess said: "Like my father, I would like to see democracy and parliamentary process taught in schools. This is an incredible initiative, whereby children of primary school age can discuss adult issues and send their views directly to the heart of the British parliament."

"From the absolute tragedy of my father's death, we must ensure that democracy and freedom of speech prevail."

The actual Speaker of the House of Commons, Sir Lindsay Hoyle and PM Boris Johnson both provided special introductory videos for the inaugural Children's Parliament.