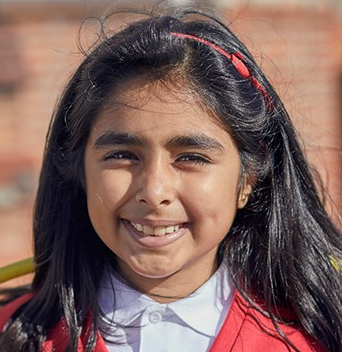 The leading children’s charity the NSPCC is calling on nurseries and schools across the UK to down tools for the Big Breaktime, which will raise vital money to help keep children safe.

On Childhood Day, the charity’s flagship day of fundraising on Friday 10 June, children and adults are encouraged to have a big break from the school day to focus on playing and having fun.

The charity has recently highlighted that an estimated half a million children a year suffer abuse in the UK. That means seven children in a classroom suffer abuse before they turn 18.* The NSPCC has been working to prevent child abuse for over 130 years and is emphasising that the only way we can keep children safe is if everyone works together.

With schools at the heart of towns and cities across the UK, the charity is calling for as many as possible to sign up to the Big Breaktime to raise money and help protect children.

Schools are being asked to have an extra hour of play, at a time of day that best suits them. They are encouraging pupils, staff and parents to give a small, suggested donation. The money raised could go towards funding vital NSPCC projects such as the Speak out. Stay safe. programme in primary schools – giving children the knowledge and confidence to speak out about anything that’s worrying them, including abuse, so they can get help.

Debz Allis, Headteacher of Wickham Common Primary in Bromley said:“I think it’s incredibly important to get my school community together to support the NSPCC’s Childhood Day and it’s Big Breaktime initiative. Sadly, NSPCC analysis suggests that seven children in a classroom will suffer abuse before they turn 18. This is really worrying. I want to do all I can to support the children in our communities and help the charity continue its vital and life-changing work.

“We’re getting really excited about our plans for 10 June and have lots of ideas for how we can make our Big Breaktime a huge success. The last few years have been very tough on all children, so what better excuse to take a break and have some fun, whilst raising vital funds for the NSPCC.”

Patrick Weaver, Head of Community and Events at the NSPCC said:“Sadly, we know that not every childhood is a happy one. No child should have to face abuse and neglect. Last year our Helpline for adults contacted agencies about 22,505 children to investigate concerns about these issues and recent tragic cases have rightly led to national outcry. But abuse is preventable and strong communities can help to keep children safe.

“Following Childhood Day last year, we had lots of feedback from schools who told us they really wanted to get involved and support the day. So, this year we’ve developed our Big Breaktime initiative. It’s a big and exciting break from the school day filled with play to help children make the most of childhood and to remind staff of its importance. We hope lots of school communities across the UK will sign up and down tools, connect, have fun and help us to protect children.”

The NSPCC is encouraging nurseries, schools and children to use The Big Breaktime to play with traditional toys and games. This might include skipping ropes, hula hoops, balls, tag, hide and seek, or hopscotch.

Schools can sign up for the Big Breaktime via the NSPCC’s Childhood Day hub. From there, they will be able to download resources to help them plan a Big Breaktime in their school.

At the same time, the NSPCC is reminding schools that award-winning TV hosts Ant McPartlin and Declan Donnelly have launchedPass the Positivity, a nationwide positivity project that will raise awareness for the NSPCC ahead of Childhood Day.

To take part, children and their families, teachers and communities are invited to share what makes them happy and positive in the form of a message, poem, or artwork.

A selection of the most inspiring messages from across the UK will be transformed into a spectacular installation set to be unveiled by Ant & Dec on 26th May, as they launch Propa Happy, their debut children’s book which will raise vital funds for the NSPCC.

Childhood Day is the NSPCC’s flagship day of fundraising that takes places on the second Friday in June every year. The leading charity for child protection is emphasising that everyone has a responsibility to keep children safe from abuse and neglect.

Whether it’s by fundraising, donating, volunteering at a collection, or taking action, the NSPCC is asking people to play their part to help keep children safe from abuse. 'Search 'Childhood Day' to find out more.