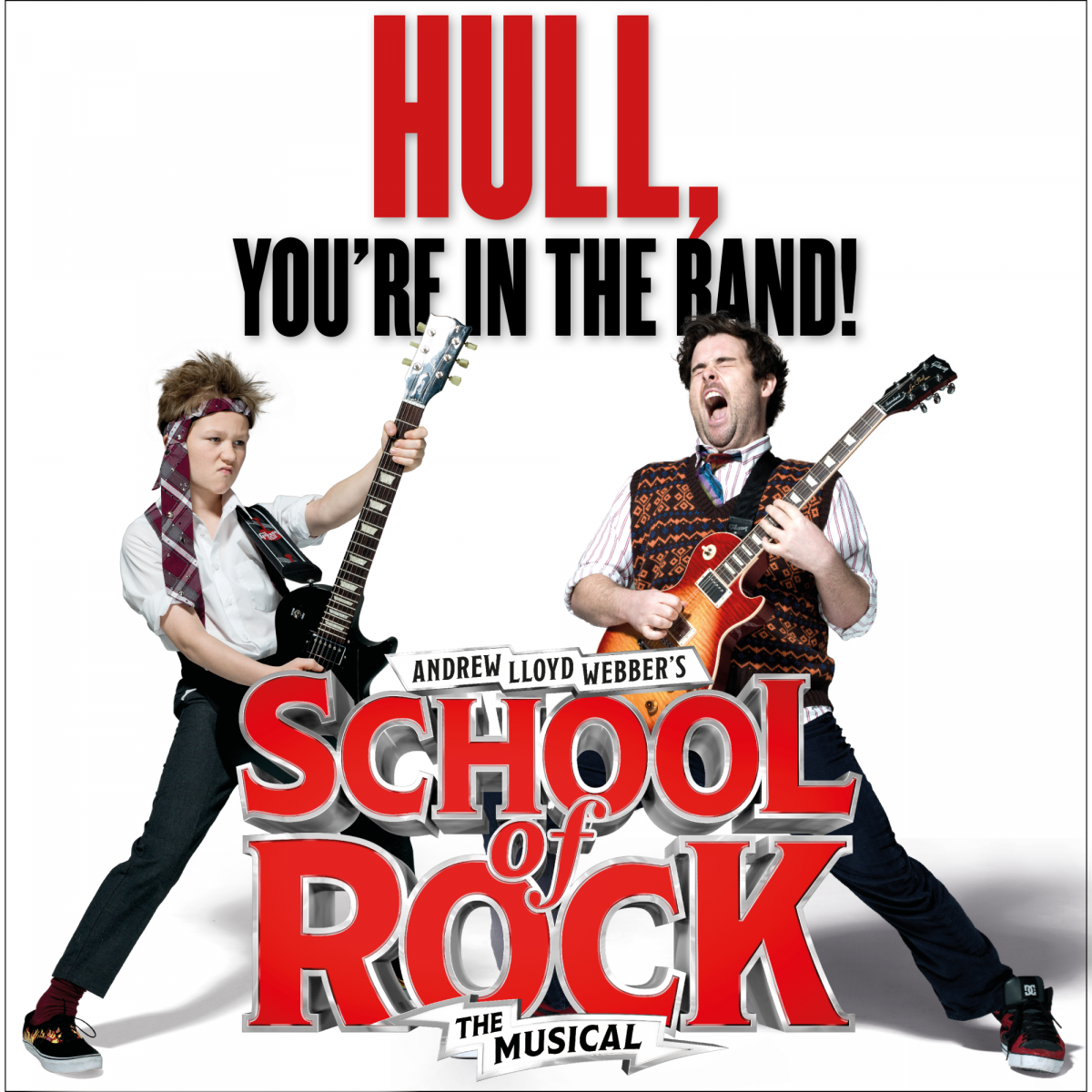 Tickets for are on sale now at www.hulltheatres.co.uk

Hull's 'in the band'! This September the first ever UK tour of Andrew Lloyd Webber's critically acclaimed School of Rock kicks off at Hull New Theatre.

In a major coup for the venue the smash hit musical will rock – up from 7 to 18 September, 2021 with audiences in the area being able to Stick It To The Man before it sets off around the rest of the country.

The announcement comes on School of Rock Day and sees the global hit musical based on the iconic movie starring Jack Black, not only open the first ever UK tour, but also open Hull New Theatre’s autumn season.

This hilarious show follows Dewey Finn, a failed, wannabe rock star who decides to earn a few extra bucks by posing as a substitute teacher at a prestigious prep school. There he turns a class of straight-A students into a guitar-shredding, bass-slapping, mind-blowing rock band – sensationally performed live by the production’s young actors every night with roof-raising energy.

While teaching these pint-sized prodigies what it means to truly rock, Dewey falls for the school’s beautiful, but uptight headmistress, helping her rediscover the wild child within.

Featuring 14 new songs from Andrew Lloyd Webber and all the original songs from the movie, this high-octane smash delivers face-melting guitar riffs and touching romance in equally awesome doses.

Let’s meet at the top of Mount Rock and Stick It To The Man.

School of Rock is just the start of Hull New Theatre’s exciting autumn season – with more details to follow soon.

Tickets for are on sale now at www.hulltheatres.co.uk