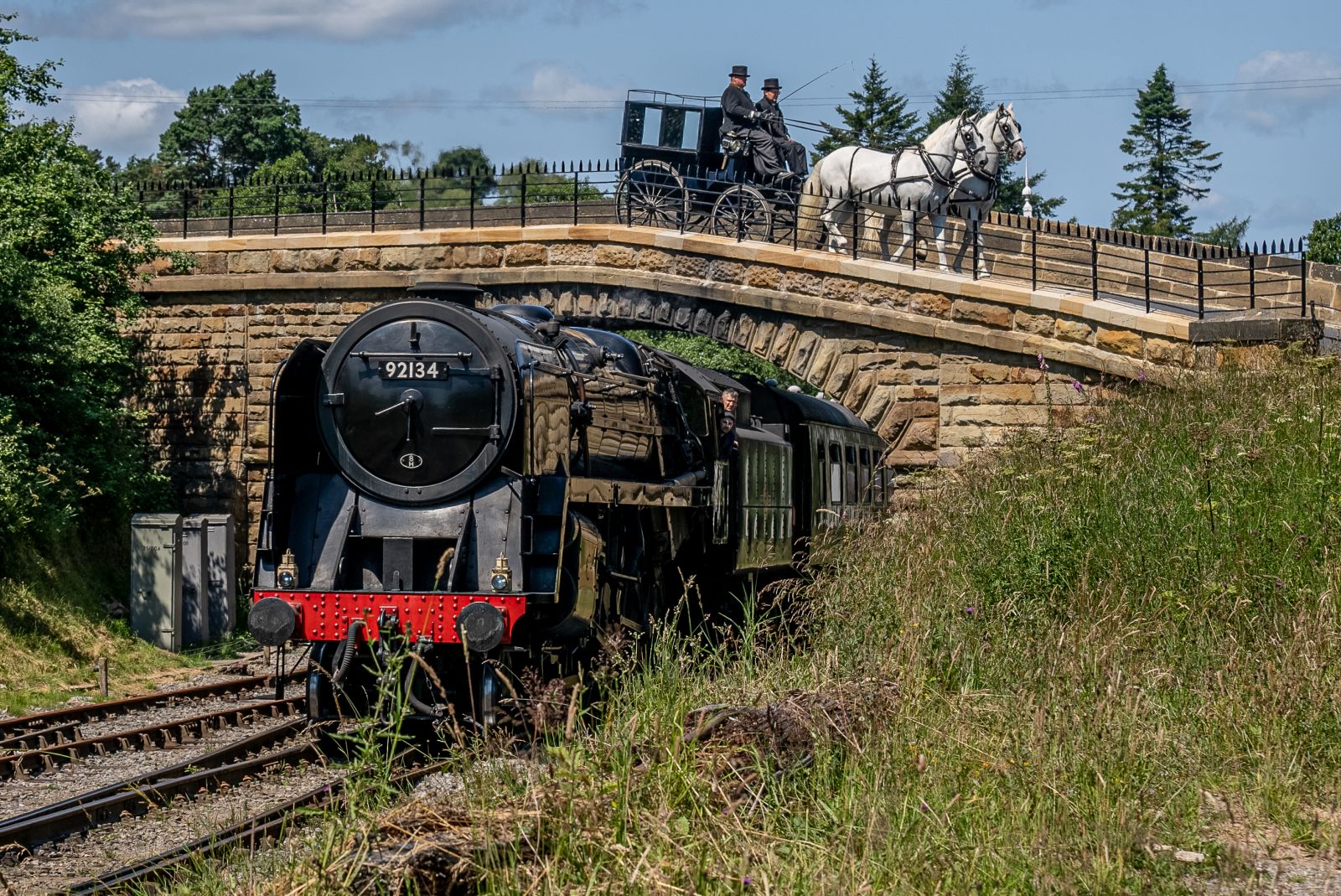 The North Yorkshire Moors Railway (NYMR) is spearheading a new nationwide campaign to raise awareness of the many heritage railways across the UK, collaborating with over 35 other organisations from as far afield as Cornwall, Suffolk, North Wales, North East Scotland and Northern Ireland*.

‘Love Your Railway’ is a six-week summer campaign from July 26th to September 5th, which aims to shine a spotlight on not only the important work heritage railways do with regards to conservation, education and research, but highlight how they have all been affected by the COVID-19 pandemic in terms of reduced capacities and income.

NYMR is collaborating with a host of other famous heritage railways, including The Bluebell Railway, Crich Tramway Village, Severn Valley Railway and Snowdon Mountain Railway.

Chris Price, General Manager at NYMR, said: “We’re optimistic and excited about the summer ahead, but the last 12 months have been like no other year, with lockdowns, reduced capacities due to social distancing, and staff and volunteers falling victim to the virus.

“There are more than 150 operational heritage railways, running trains over nearly 600 miles of track, which protect, conserve and bring to life part of the nation’s rich cultural heritage - giving enjoyment and learning to thousands of people every year.

“We want to do all we can to raise awareness of every heritage railway across the country and the challenges we face; all the participating railways will be posting their own social content across the six themed weeks, but we also want to encourage the public to get involved by sharing their favourite memories and inspiring imagery from their visits, using the hashtag #LoveYourRailway.”

*The full list of railways participating in #LoveYourRailway include:

The North Yorkshire Moors Railway is an award-winning charitable trust that carries 300,000 unique passengers every year. It is Britain’s most popular heritage railway and is one of the best visitor attractions in the North East.

● The NYMR cares for operating and developing the railway it owns from Pickering to Grosmont.

● The heritage railway operates over Network Rail from Grosmont to Whitby.

● The charity provides a high quality, safe and authentic evocation of the steam age for the public.

● The NYMR is an Educational Charitable Trust. Providing education for all ages.

● The railway is a fully accredited museum.